By the late 1960’s, many American businessmen and their wives had left the big cities for the suburbs. Following them were the businesses themselves. Soon thereafter metro-based designers noticed that suburban housewives still cared about how they looked. They wanted to be just as sophisticated and modern as their city counterparts. 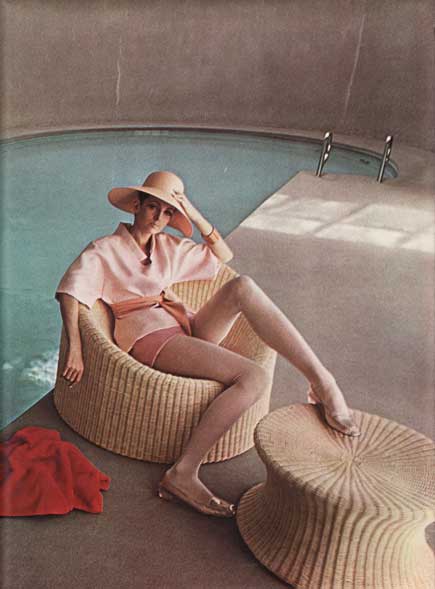 Here sitting by an indoor pool, the hostess wears a pair of B.H. Wragger‘s linen shorts and silk top by Kabuki. Check out her clear vinyl shoes from Herbert Levine.

A reflection of the times! The very modern suburban housewife looks at herself in large floral silk pants dress by Donald Brooks.

Taking in the view from a bath tower, this model gazes out the window in a bloomer by Leo Narducci.