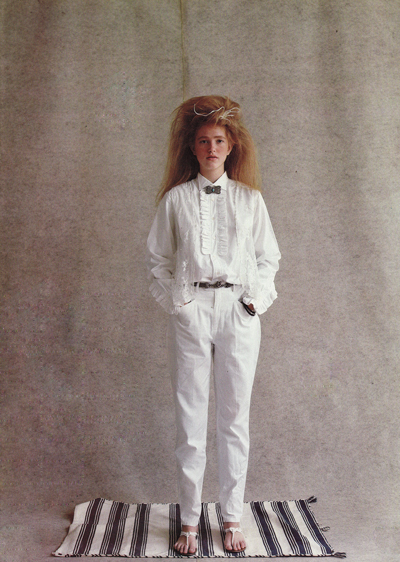 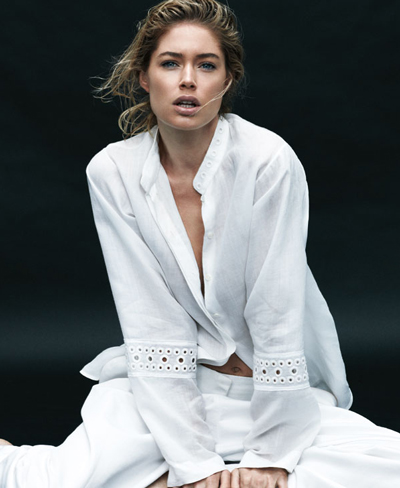 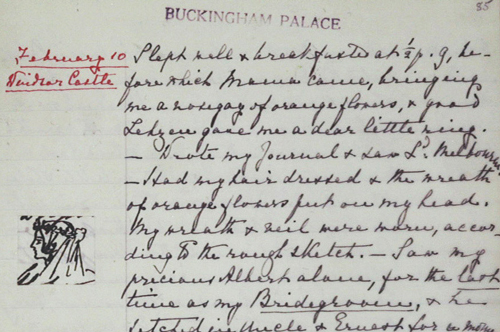 In this entry, Queen Victoria wrote about her upcoming nuptials to Prince Albert. She even did a quick sketch of her wedding head wreath & veil (left). 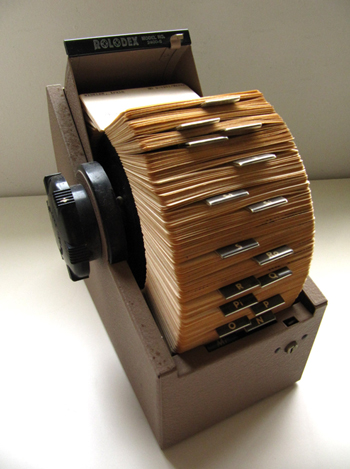 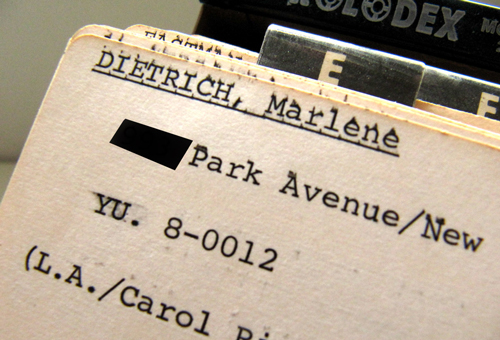 Get The Look #5: Tiny Home Office 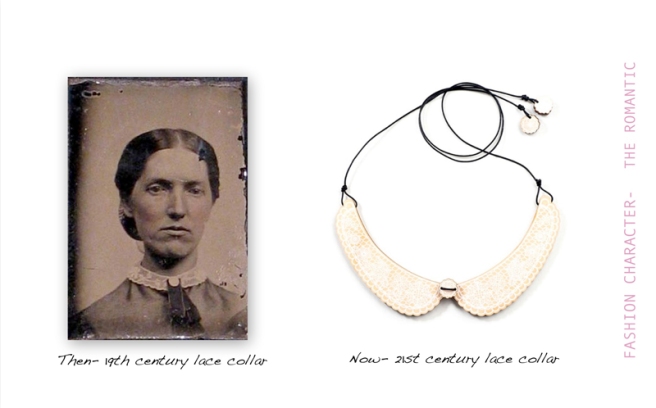 Thanks Design Sponge for the suggestion. 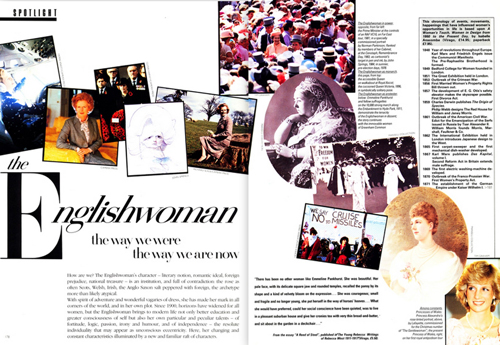 Looking back at Fall/Winter 1984- British Vogue dedicates an issue to the English woman’s past and future. Most notable in the introduction is the mention of Margaret Thatcher as prime minister (quite a leap forward from the suffragettes of 1911), Queen Elizabeth (regarded as the “accessible queen” when compared to Queen Victoria) and the new royal to watch- a young Princess Diana. 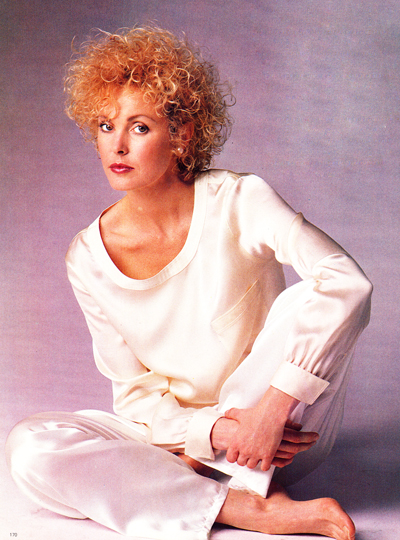 Looking back at Fall/Winter 1984- Many English actresses look across the pond at Hollywood hoping to make an impact with American audiences. Twenty seven years ago three confident women did just that- Jane Seymour, Lesley Anne Down & Victoria Tennant (above). 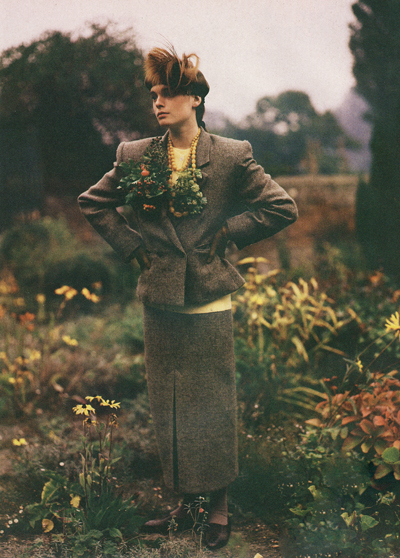 Looking back at Fall/Winter 1984- Grace Coddington, working as fashion editor for the magazine, and photographer Bruce Weber use the classic English garden as an inspirational backdrop to some beguiling images. 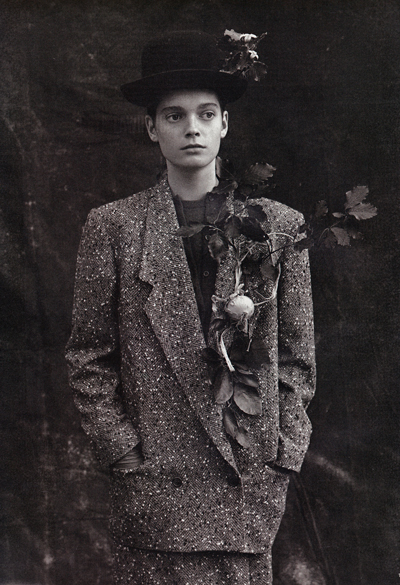 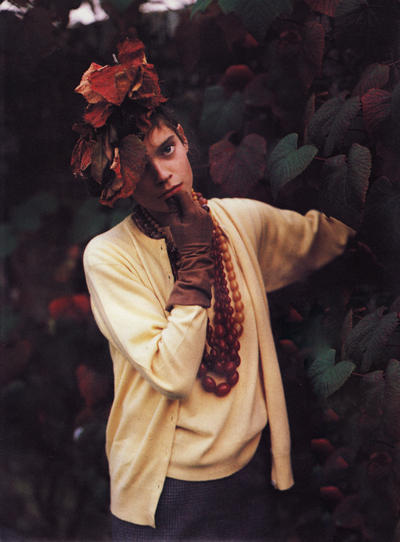 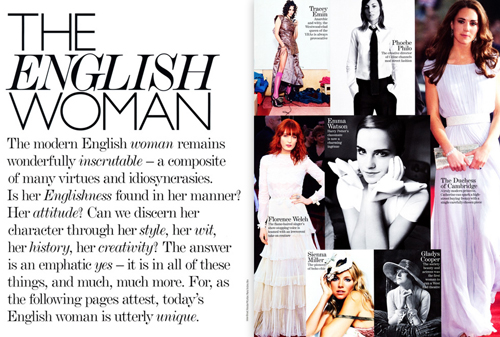 Looking forward to Fall/Winter 2011- British Vogue reexamines the English woman and what makes her “wonderfully inscrutable” and “utterly unique.” 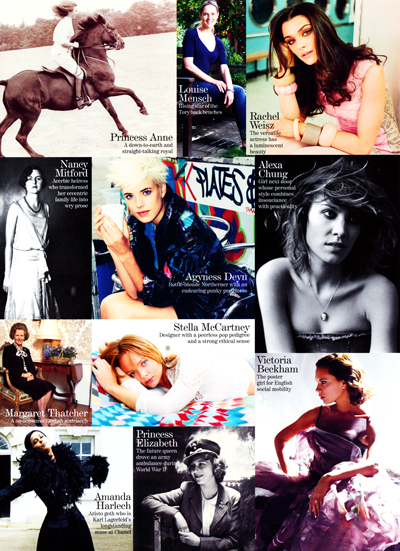 Looking forward to Fall/Winter 2011- Vogue mentions again Margaret Thatcher (now the “no-nonsense English matriarch“), Princess Elizabeth (her roll not as queen but as an ambulance driver during WWll) and a new royal to watch- Kate, The Duchess of Cambridge. 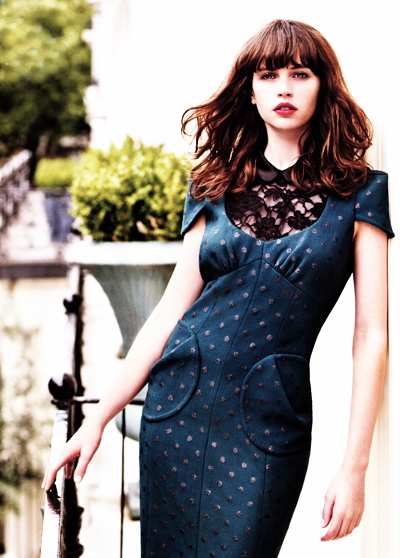 Looking forward to Fall/Winter 2011–  Many Actresses like Sienna Miller, Emma Watson & Felicity Jones (above) think nothing of searching in both England and abroad for films and television work. 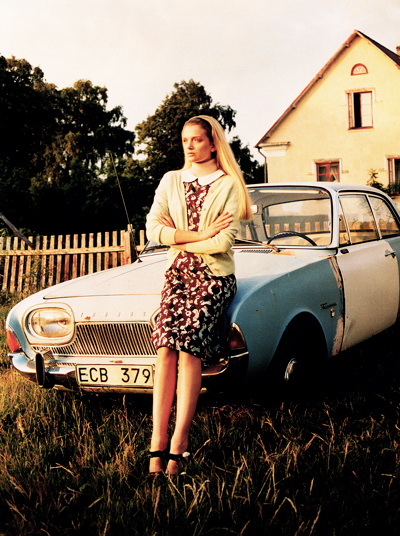 Looking forward to Fall/Winter 2011- This season’s clothing is all about  nostalgia (peter pan collar shirts, printed dresses and cosy knits) modeled by  British woman Lily Donaldson. The backdrop is not an English garden but a tiny island off the coast of Sweden. 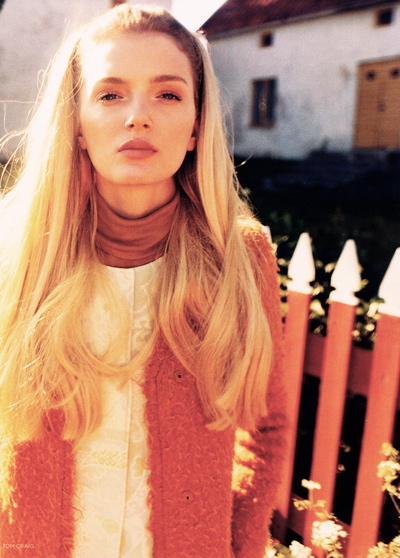 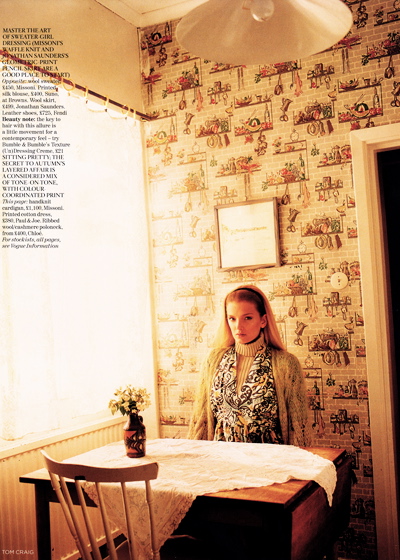 Looking forward to Fall/Winter 2011- Cool weather layering with a cotton dress by Paul & Joe and handknit cardigan from Missoni. 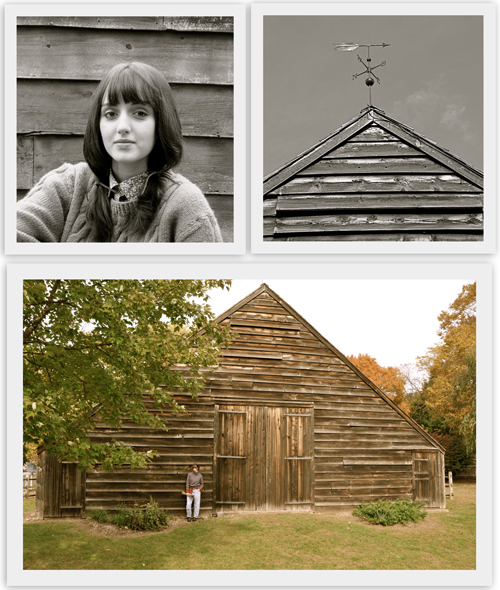 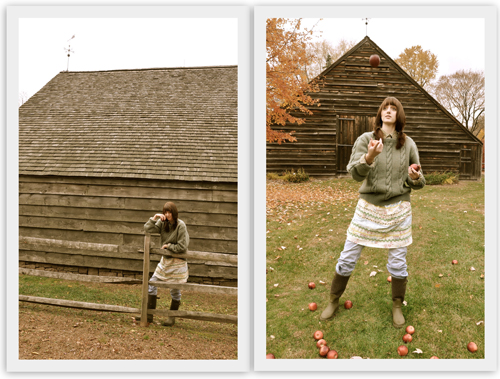 The Barn (c. 1770)– This eighteenth century wooden Dutch style barn was slated for demolition in 1973. But luckily, a group of citizens rallied to preserve it and won. The barn is now registered with the Bergen County Historical Society as one of the last examples from colonial America. 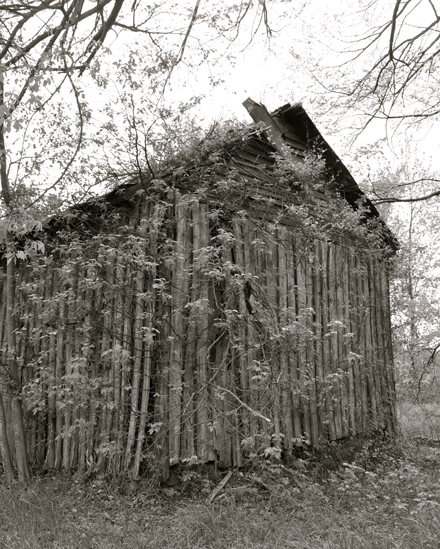 Whenever I’m in North Carolina visiting family, I always take a day to drive out into the more rural parts of the state. I love looking for old, unused barns. Sadly, many are torn down to make way for malls, roads and more recently… large storage facilities. 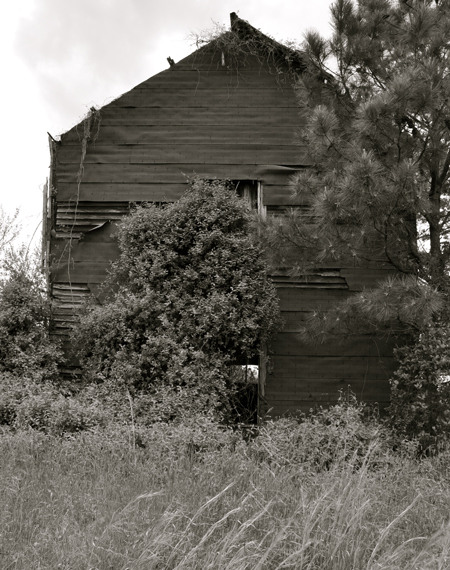 My great-grandparents were married on Christmas Eve in 1882 and promptly moved into a two room log cabin on several acres of land in rural Illinois. A real house (as it was referred to) was constructed ten years later. According to family records, a barn had been part of their farm as far back as 1912 when great-grandpa built a cement silo next to it- one of the first in the county. 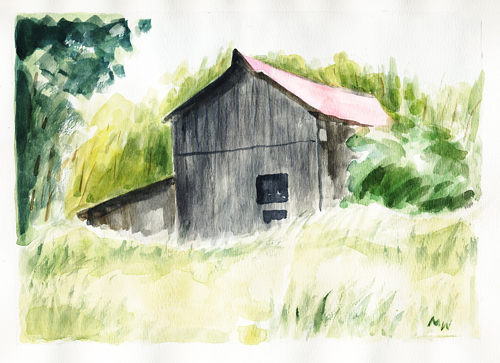 In 1992 my dad and I went to visit the old family farm. It was to be the last time anyone was allowed inside the house. The building had stood empty for years and become structurally unsound. We walked carefully making sure our feet were on the floor joists. Dad and I didn’t talk much… both of us were lost in memories. Not long after that, the house was bulldozed. The barn is all that’s left. Its future remains uncertain.

Dad (left) poses with two cousins in front of the barn in 1946 just prior to his deployment by the army to serve in Adak, Alaska. 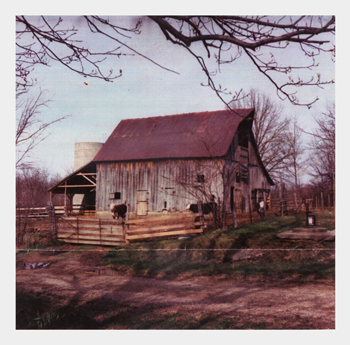 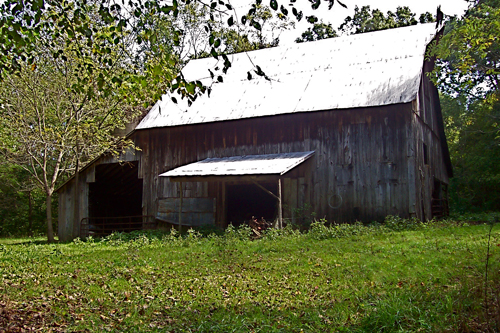 Curtis photographed it on his first trip to the mid-west in 2006. 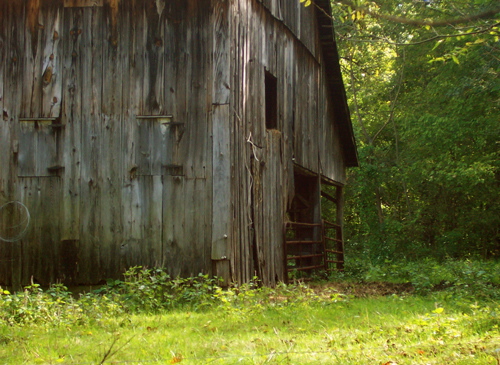 I often think about dismantling the barn, putting it on a flatbed truck and rebuilding it. Where that would be is uncertain, too. 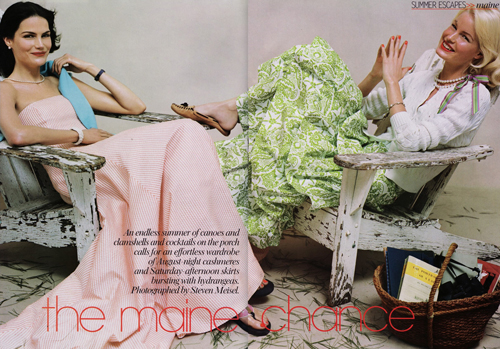 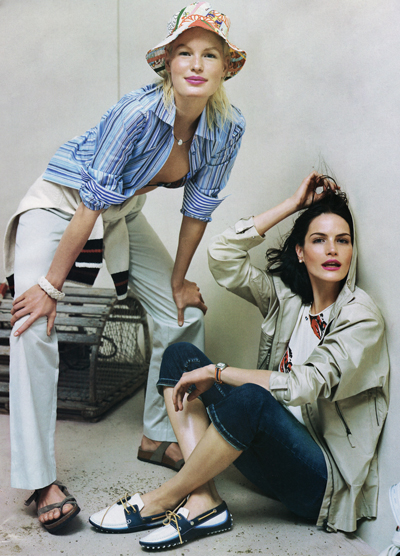 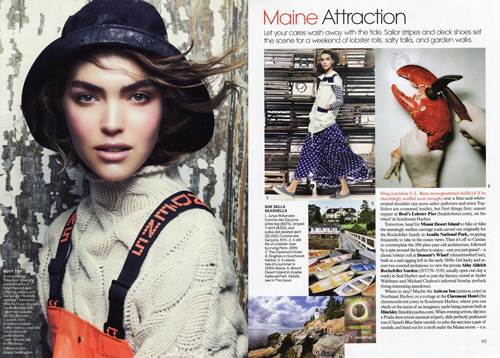 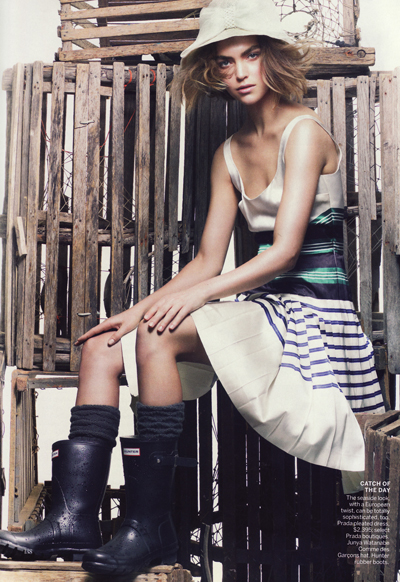 Looking forward to Summer 2011- Waiting for the boat to arrive in a striped sleeveless dress by Prada and rubber Hunter boots. 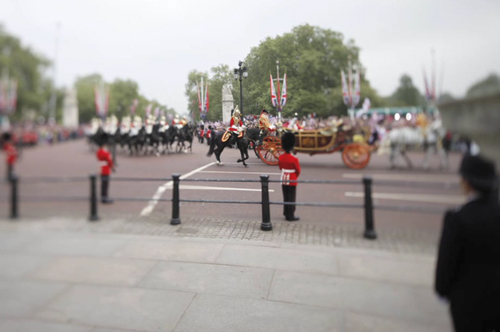 Note- Thanks Ancient Industries for the suggestion. :)