Leslie Ward was an unexceptional student who spent most of his academic years (late 1860’s) at Eton drawing caricatures of his classmates and professors. When he graduated, Leslie’s father persuaded him to try a career in architecture. He spent a miserable year with architect Sydney Smirke which only confirmed what he already knew- that he wanted to be an artist. Afraid of his father’s disapproval, Leslie had fellow artist W. P. Frith speak on his behalf. Mr. Ward Sr. was hard to convince but eventually supported his son’s attendance at the Royal Academy Schools for art. In 1873, Leslie sent some of his work to the popular periodical ‘Vanity Fair.’ He was hired, adopted the pseudonym ‘Spy,’ and spent the next forty years drawing more than a thousand portraits of various people in the social arena.

“If I could sum up the art in a sentence it would be that caricature should be a comic impression with a kindly touch, and always devoid of vulgarity…” Leslie Ward

I think you’ll enjoy looking at Ward’s artwork- his detail for his subjects as well as the fashion at the time. 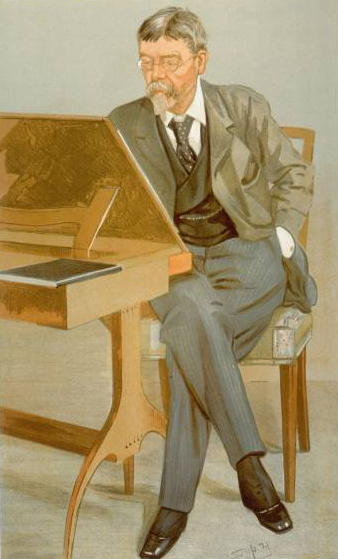 A portrait of PUNCH cartoonist and novelist George Du Maurier at age 61. 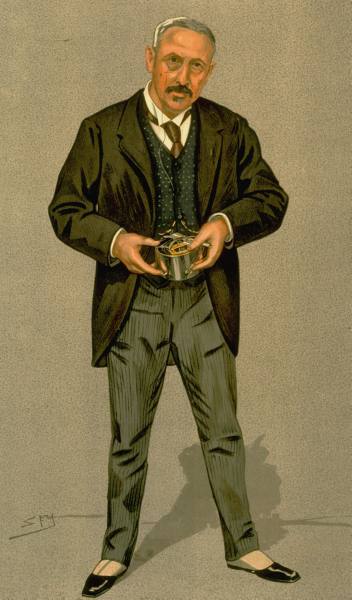 A portrait of British Colonel Vivian Dering Majendie in 1892. 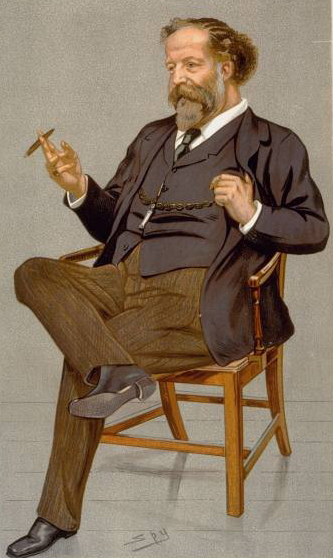 A portrait of British art critic Joseph William Comyns Carr at age 44 in 1893.

A portrait of Irish boxer Edgeworth Johnstone at age 33 in 1896. 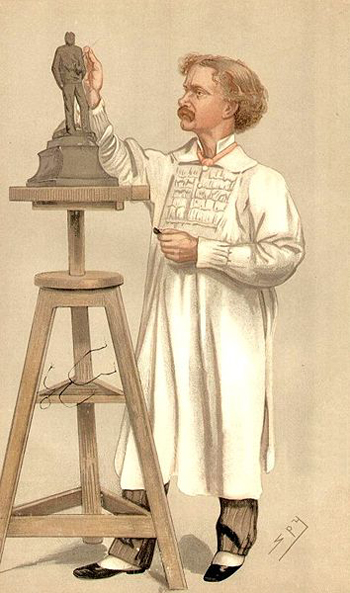 A portrait of British sculptor William Hamo Thornycroft in 1892.

About 300 of Leslie Ward’s original drawings for ‘Vanity Fair‘ are in the National Portrait Gallery, London.

3 thoughts on “Artwork By Leslie Ward”