A couple of weeks ago my husband and I took a day trip to see Gustav Stickley‘s Craftsman Farms in New Jersey. I’ve loved craftsman style furniture for years so I was excited to visit the home of this visionary. 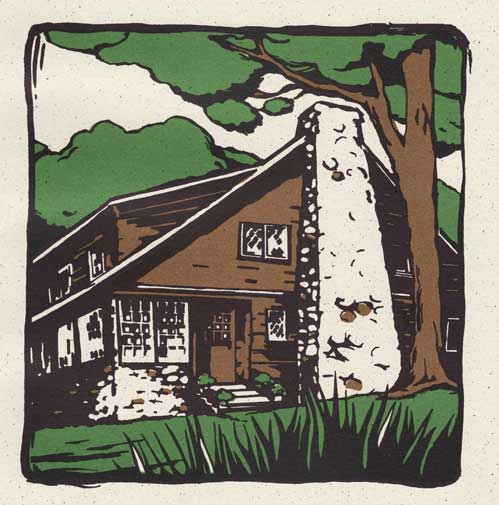 Exterior– Here a woodblock print depicts Stickley’s home built in 1911 on 650 acres. Originally it was to be used for a meeting house in Stickley’s dream of creating a working farm and a place for students to learn handicrafts. Several other buildings were planned but never built. One of these was Stickley’s own  home for his family- a wife and five children. With mounting financial problems he decided to rework the meeting house for his own use. 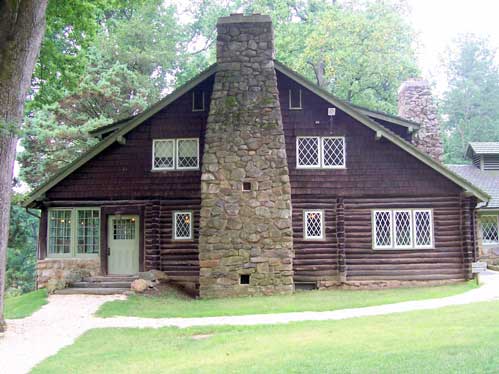 Exterior–  The building materials are stone, logs, cedar, and tile. Logs from his land were used for the first floor and cedar shakes for the second floor. Rocks from the property were put to good use as the foundation and for several large chimneys- two at either end of the main house and one in the kitchen wing. 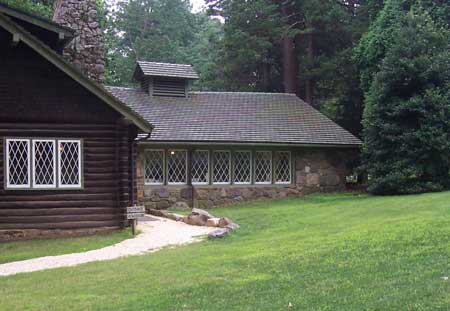 Exterior– Notice the stone used for the kitchen’s walls. The roof is of ceramic tile. 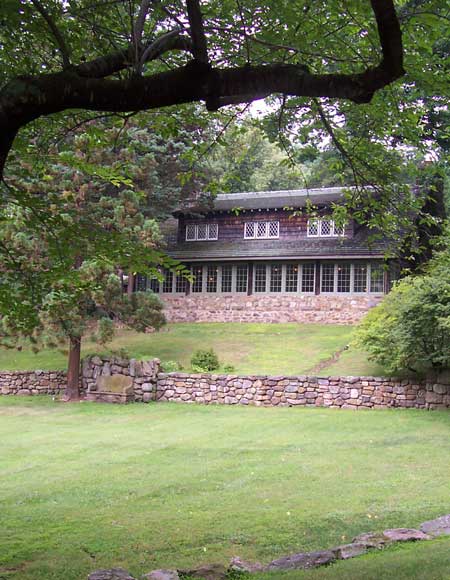 Entrance Door–  Stickley’s first floorplan shows the porch (or piazza) open with two doors going into the ‘large room.’  Because he opted to enclose it, he came up with the idea of putting the main entrance door to the far right end of the porch. I love the door he chose. 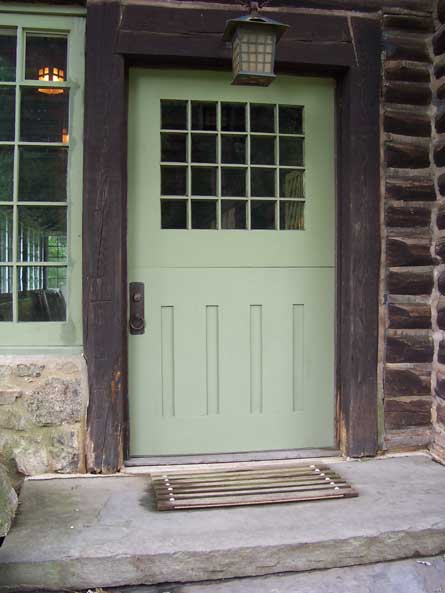 Entrance Door– It’s actually a ‘dutch-door’ so the bottom portion can remain closed while the upper half can be opened; and quite large- measuring close to 4 feet wide. The light fixture and door hardware are authentic. 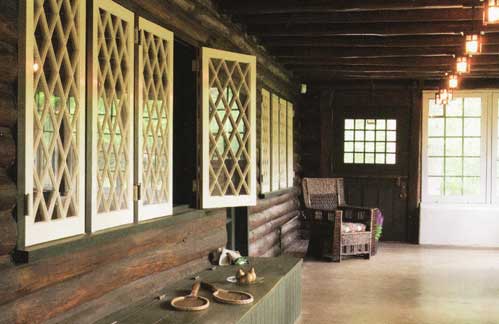 Interior– Stepping through the door leads you to the huge porch with a cement floor with drains for hosing down. Lanterns were spaced equally on the ceiling joists (logs). 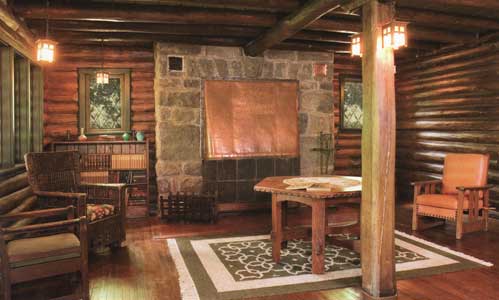 Interior–  Poor Stickley lost his home to bankruptcy and new owners later updated it with paint. Now restored to its original glory, the room glows with log walls, stained maple floor and copper fireplaces. Much of the original furniture was still with the house when it was taken over by a conservation group but some had to be bought back at auction- including a pair of corner cupboards… 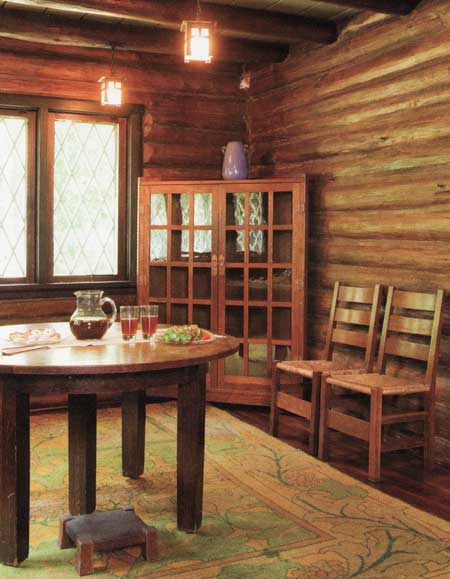 …owned by Barbara Streisand, who had bought them years earlier. 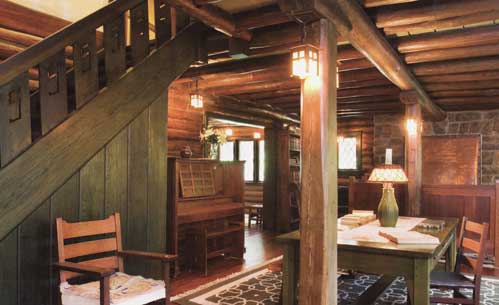 Interior– My favorite feature of the house was the stair case. Look closely at the spindleboards- they have the letter S carved into each one.

(Note- I took all the exterior photos, but I was not allowed to take any of the interior. These are from Style 1900 magazine.)