Spencer Tracy first saw Katharine Hepburn on the set of their movie Woman of the Year in 1942. As was her custom she was wearing a pair of pants. He was not impressed. He turned to the producer of the film, Joe Mankiewicz, and said, “Not me, boy, I don’t want to get mixed up with that.” You see, Mr. Tracy did not approve of women wearing pants. But as we know it didn’t stop Tracy and Hepburn from becoming a team for the next twenty five years.

Then– Katharine Hepburn in an article from Look Magazine, 1967. She was asked about her attitude toward fashion and specifically “wearing trousers.”

“Spencer doesn’t like women who wear trousers, but I couldn’t care less. Well, I have always worn trousers, never not worn them. I know my legs are good, but I marvel that women should be sainted for keeping stockings up. That’s one of the most boring tasks that anybody could ever be faced with. I don’t wear makeup, not even lipstick. I’ve got the same pants I’ve had for 30-40 years. The ones I have on now are only about ten years old- gabardine- and when they wear out in the rear end, I have new seats put in. I don’t go out unless I can wear trousers if I possible can-only at the theater at night in New York do I wear a dress. And women’s clothes- they’re insane now. Is it possible that some girls who wear mini-skirts way up to here have never looked hard at their own legs?” 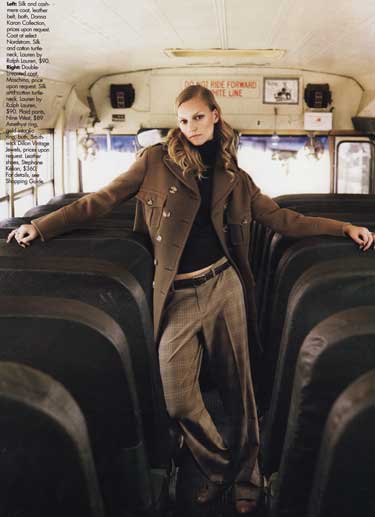 Now- In the spirit of Kathryn Hepburn comes this menswear look- slouchy plaid pants from Nine West, turtleneck at Ralph Lauren and a double-breasted coat by Moschino. 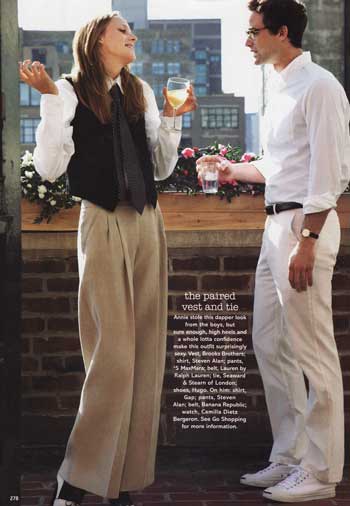 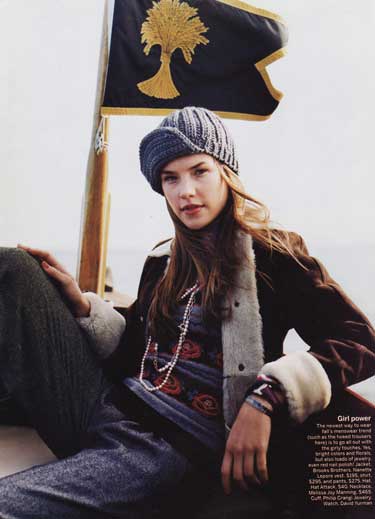 One thought on “Then&Now: A Woman And Her Trousers”